Our aim is to bring wines to the table and into your glass that are alive as the rivers that inspire them, this means we focus on grapes as they are being grown in the vineyard, and then try to keep that varietal, vineyard, and vintage characteristic throughout the process and into the finished product. That being said our wines are quite alive and will continue to change as they age. We keep back 10% of each production to age sur lees (with the yeast in the bottle) to see how it changes. Someday we’re hoping to have a really great party with all that wine…

There are over 3,100 whitewater river miles in the state of Idaho. We met on the Middle Fork of the Salmon and have made many/most of our important life decisions while enjoying the beauty and life in Idaho's river drainages. Sparkling wine has dynamics to it that reminds us of the dynamic water you find on any river: eddies, rapids, whirlpools, and more. 3100 Cellars is Idaho's first, and only sparkling winery. We use 100% Idaho grapes to make all of our wines, and we believe that the Idaho wine industry can stand shoulder-to-shoulder with any great wine region of the world. 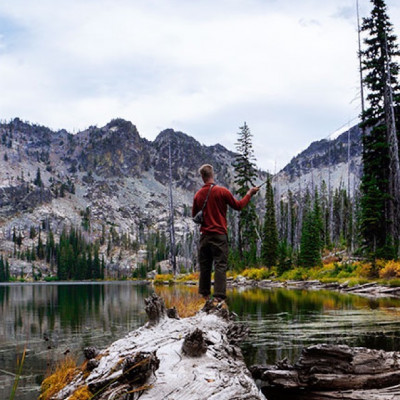 Marshall was born and raised in Council, Idaho. The son of a logger, and the grandson of a farmer, he was practically driving a tractor on the farm before he could walk. He fell in love with rivers when most boys start falling in love with their first crush, 13. He had spent countless days on the river with family and friends, but at 13 he spent almost a week canoeing the Salmon River with his boy scout group.

After graduating with a high school class of 27, he headed to the big city of Moscow, Idaho to study percussion and philosophy. Post U of I Marshall went back to the family farm in Indian Valley and worked full time, running heavy machinery and like any good farmer, always picking rocks and arrowhead alike out of fields. After several years Marshall decided it was time to try something new, outside the family business, and he was called back to his first love, the river. Seasons 1-3 bouncing around Hells Canyon, the Main and Lower Salmon, Middle Fork, and the Grande Rhonde; season 4 full time on the Middle Fork of the Salmon and spring season in the dessert canyons; season 5 he met Hailey; season 9 they decided to take a shot at making their own wine; after 10 seasons he hung up his flip line and set to work helping Hailey make 3100 Cellars a viable business. Marshall still likes to get out on the river as often as possible, preferably with Hailey, but no matter the weather or which river. When earth meets the hand is where Marshall finds home. 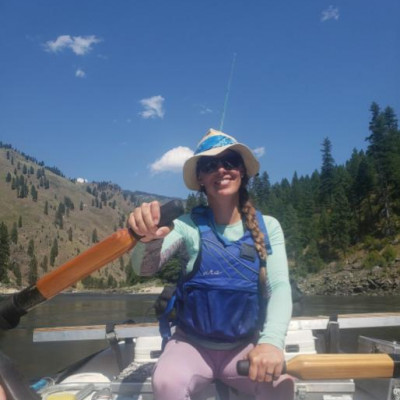 Hailey’s roots are proudly Idahoan. She is the third generation of women in her family to boomerang back to the state after living far and wide. If it weren’t for meeting Marshall, on the river in 2010, she might not have made it back so quickly. Marshall knew he didn’t want to live anywhere else – even as close as Walla Walla!!! – so when Hailey fell in love with him, she (mostly gladly) packed up and moved home.

Her initial interest in wines came in high school while living in Switzerland, but it became a full fledged passion the year she graduated from college. She spent a month living and working on a sparkling winery in Italy after graduation, that’s a whole month of cheersing and ching-chinging post-graduation! Once back in the states she spent time trying to wiggle into the wine industry in the northwest and it finally happened in Walla Walla. Rotie Cellars, Leonetti, Doubleback, and Figgins are all labels that she worked for in a whirlwind of a year while living in Walla Walla.

Favorite Float: Any. Preferably not too big of water, though, so mom and dad let me walk around on the edge of the boat as much as possible!
Favorite River Beverage: PBR

Cadence came with Marshall when Hailey entered the picture. It took her a while to warm up, but as soon as Hailey gave her her first doggie bed, she loved her almost as much as she loves Marshall. Almost. 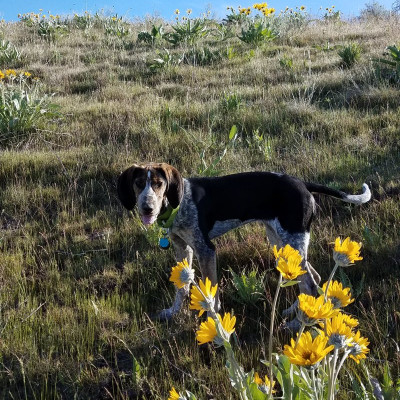 Favorite Float: Wherever she can run amok
Favorite River Beverage: Anything Exposed

Lou is the newest addition to the Minder Menagerie. Even though she is into everything, and doesn’t have the best manners yet, we love her. She is a snuggle bug and not afraid to “tell you” exactly what is on her mind.

You must be 21 years or older to enter this site. Please confirm your age in order to continue.